← more from
Chemikal Underground
Get fresh music recommendations delivered to your inbox every Friday. 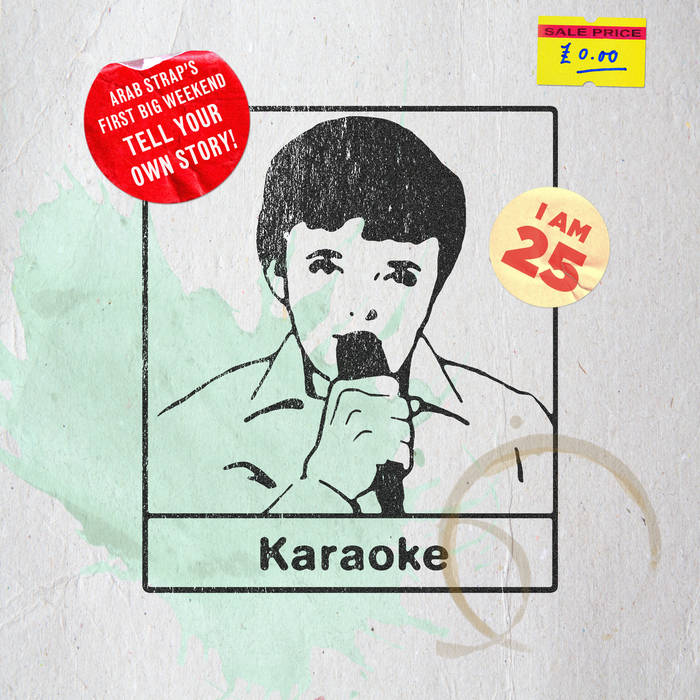 Twenty-five years ago, we had a good weekend then wrote a song about it. It told a tale of a long-lost world, when nobody had a computer in their pocket, we all hugged and danced, and The Simpsons was brilliant. It also featured Scotland’s game against England in the UEFA European Football Championship of 1996, but sadly we were drunk and slept all the way through it (and we lost two-nil).

But now, as Scotland prepares to face England again in the very same tournament, almost exactly twenty-five years to the day (rather than twenty-four, thanks to a global pandemic), we find a very different story: this time we’ll be awake, and watching with our children. Nobody’s had glorious, big weekends over the past year, of course, but long before a deadly bat virus closed all the pubs, things had gotten a lot socially quieter for us anyway, as time took its inexorable toll on our bodies. So, to celebrate a quarter century of making music, rather than relive our glory days, we thought we’d give you the chance to tell your own story and sing it (or mumble it) yourselves. So, thanks to the very generous Chemikal Underground Records of Glasgow, we offer you The First Big Weekend (Karaoke Version), a free download you can use to recite your own tales of pleasures past and new, or even just try to replicate Aidan’s husky, tiddly tones. If you record or film one, feel free to share it and let us know on Twitter – @ArabStrapBand – but please bear in mind positive feedback is not guaranteed. (And obviously no part of the song can be reproduced in a commercial recording or used for political purposes – this is for your personal use only. If you try and make money from it, or use it as backing for your new campaign ad – both highly unlikely, we know, but we’re legally obliged to say it – our ruthless, bloodthirsty lawyers will find you.)

So here’s to twenty-five years – and to twenty-five more! By which point we’ll be in our seventies, and you’ll probably still be asking us to play this fucking song.

PLEASE NOTE: This free download is available only until Monday June 21st – but if Scotland win their game on Friday, we'll keep it online forever.

Arab Strap started out as an intimate project with home-recorded tapes shared between friends,and soon became one of Scotland's most cherished bands. The pioneering duo of Moffat & Malcolm Middleton called it a day in 2006 but are now back from the grave and are ready to rave! ... more

Bandcamp Daily  your guide to the world of Bandcamp

Kari Faux drops off her deluxe album 'Lowkey Superstar' plus tunes by Shunaji and Samplelov.